Tickets On Sale Now - Get Yours Before They Sell Out!

Score a sticker sheet made in collaboration with local tattoo artist Angel Lopez!

Join us at the Sweetwater Bike Park for a bike party!

Where can I legally ride my eMTB in San Diego County?

No matter where you stand on the idea of e-bikes, let’s all make sure that we can politely share the rules of the specific trails we’re on as well as model best practices when it come to standard trail etiquette.

WHERE ARE EMTB's NOT allowed in San Diego County -
SDMBA continually monitors Federal and State updates and news regarding policies related to eMTB access and share any such updates here.

Class 1, 2, and 3 e-bikes are allowed on motorized trails and roads on national forests and grasslands. Additionally, several year-round resorts operating under a special use permit have established e-bike use within their permit boundary.

So dirt roads, OHV areas like Lake Morena/Corral Canyon/Kernan Cycle Trail are OK but that’s it. If you can’t legally ride a motorcycle on it, or legally drive your car on it, you can’t ride your e-bike there.

State Agencies
California State Parks - Ebikes are not allowed unless there is a District Superintendent's Order allowing their use.

Cuyamaca Rancho State Park and Palomar State Park - eMTB's are not permitted.
Anza Borrego State Park -  Anza Borrego Desert State Park is currently the only park unit in the Colorado Desert District that allows the use of a “Operated Propelled Vehicle” which includes Ebikes.  The use of Ebikes is limited to all park roads where motorized vehicles are allowed to travel, paved “All Access Trail” from the Visitor Center to Borrego Palm Canyon Campground, Middle Willows Trail in Coyote Canyon, and designated roads and trails within Hawi-Vallecito Cultural Preserve.

California Department of Fish and Wildlife (Crestridge Ecological Reserve, Hollenbeck Canyon Wildlife Area)  - All classes of eBikes are considered motorized and are not allowed on non-motorized trails

Center for Natural Lands Management (La Costa) - All classes of eBikes are considered motorized and are not allowed on non-motorized trails.

Escondido Creek Conservancy/Elfin Forest Recreational Reserve (EFRR) -All classes of eBikes are considered motorized and are not allowed on non-motorized trails.   EFRR's trail standards are modeled after the US Forest Service's Standard Trail Plans and Specifications.

FAQ's
What is a Class 1 eBike?  A class 1, pedal-assist e-bike is, by Federal Law definition, a motorized vehicle (when on dirt trails).  Most eMTB's from major manufacturers are Class 1. This is important to keep in mind and answers a lot of questions for us. Yes, you will find that the Department of Transportation defines e-bikes as bicycles, but this is specific to roadway situations. For example an e-bike is by definition a bicycle when it comes to insurance (it’s not required), freeways (no matter how fast one goes, they’re not allowed), and paved bike paths (in most cases e-bikes are allowed).

What should I do if I see an eBike on the trails?
First of all, BE NICE!  Usually, everyone out on the trails is there to enjoy themselves.  You don’t have to say anything as its not your (or SDMBA's) responsibility to enforce land manager policy.  If you want to educate them about eBike access, be polite!  No one likes to be told they are in the wrong, so BE NICE!  California’s eBike law has been confusing and there is a lot of misinformation online.  There is plenty of conflict in the world and let’s help keep our trails an enjoyable and peaceful place.

Is eMTB trail etiquette different than traditional mountain bike trail etiquette?
Yes.  eMTBers should yield to ALL non-motorized users regardless of the direction they are traveling.
And, as always, Be Nice, Say Hi! 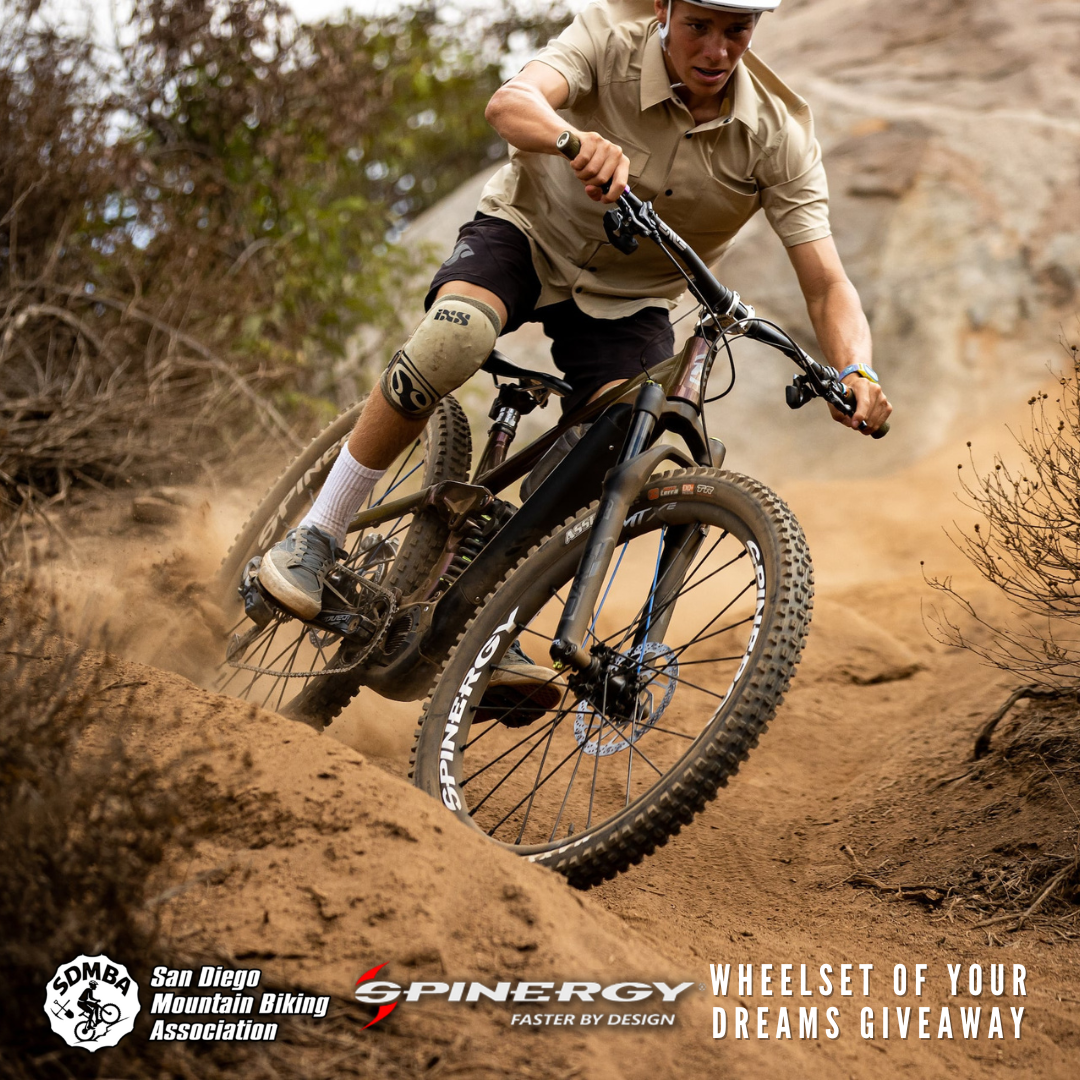 This page is a work in progress as ebike access and issues evolve. Do you have any additions or corrections to this list? Please let us know by contacting info@sdmba.com